Help your patients learn about their kidney stones

The following patient education materials are available for you to download and share with your patients so that they can understand why kidney stones develop, how they are treated, and what they can do to avoid getting them in the future.

Inside Kidney Stone Disease Video
This video takes the viewer inside the disease in terms of how stones are formed,
various types of stones, common obstruction sites, and recurrence.

Familiarize your patients with the many different
types of kidney stones. 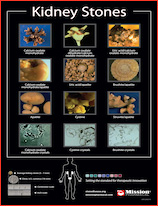 The objective of this patient brochure is to set forth simple and practical guidelines that your patients can use to minimize their chances of developing another stone.

Available in English and Spanish 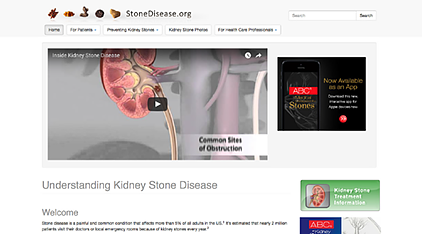 INDICATIONS: Urocit®-K (potassium citrate) extended-release tablets are indicated for the management of renal tubular acidosis (RTA) with calcium stones, hypocitraturic calcium oxalate nephrolithiasis of any etiology, and uric acid lithiasis with or without calcium stones.

ADVERSE REACTIONS: Adverse reactions associated with Urocit-K include minor gastrointestinal complaints such as gastrointestinal discomfort, vomiting, diarrhea, loose bowel movements, or nausea. These may be alleviated by taking the dose with meals or snacks or by reducing the dosage.

The following drug interactions may occur with potassium citrate: